How it all started

The Wealdstone F.C. Supporters Club, founded in 1958 exists with one fundamental purpose – to support Wealdstone Football Club in whatever means necessary to further this great non-league football club. This means primarily supporting the Club through raising funds, and raising the profile of, Wealdstone FC.

The Supporters Club is run by a committee, a voluntary group of Wealdstone Supporters headed by a Chairman. In July 2007, David Albert took over from Sarin Rawal. The committee meet on a regular basis to decide how best to achieve their objectives.

One such way has been the running of the Club Shop.  During the 1970’s and 1980’s at Lower Mead Stadium, the Wealdstone F.C. Club Shop was the envy of most non-league clubs in the country.   In recent times, the club had to survive for some time without a shop, meaning the club missed out on this vital resource.

In December 2008, a new, fully-stocked “Megastore”, opened at our new home at “The Vale”.   In August 2010, we launched our 24/7 ONLINE Megastore, raising vital funds for the club and ensuring you “Wear Your Colours”. 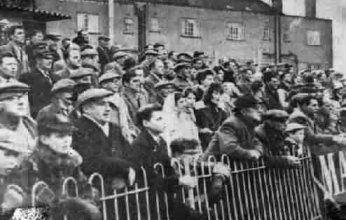 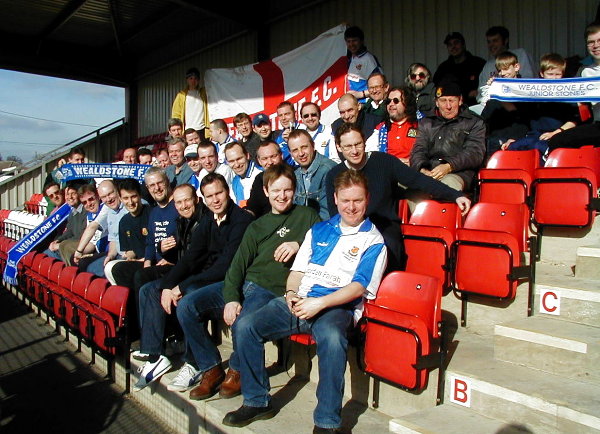 The Supporters Club has held a series of sponsored walks.   These began in 1991 when supporters walked from Harrow to Fisher Athletic.  Later walks to Harrow Borough, Wingate & Finchley, Leyton Pennant, Boreham Wood and Hendon were equally successful.

In 2001 a group of Wealdstone supporters took five days off work to walk the 60 miles from Leatherhead to arrive in Bognor Regis and in 2003, a 75 mile stroll from Newbold-On-Avon to Oxford.

We have pursued our aims through music, with the release of the Sticks and Stones CD and a series of successful “Stones Aid” nights.

The Supporters Club were for many years responsible for a presence at the Harrow Show (winning the Harrow Observer award for the best stall).  Now, at our new home in Ruislip, we play an active part in shows and fun days in Ruislip, Ruislip Manor and Hillingdon.

The now flourishing Wealdstone FC Youth Division is another part of the overall Club that was initiated by the work of the Supporters Club.

The Supporters Club remains and should always remain an independent club, separate to the main club, although with very close links to the Board, many of whom are former Supporters Club committee members.

The Supporters Club celebrated its 50th anniversary in 2008 holding its 50th anniversary dinner at the Hilton Hotel Watford. Ex player, England international and England Under 21’s manager, Stuart Pearce was the guest of honour and the dinner proved to be one of the most successful dinners that the main club or Supporters Club has ever held with over 250 guests attending. The evening raised over £8,000 from ticket, programme and merchandise sales, a raffle, and an auction of memorabilia.

The Wealdstone FC Supporters Club is proud of its heritage, and its achievements to date, but is equally excited about playing a central role in the destiny of Wealdstone FC.