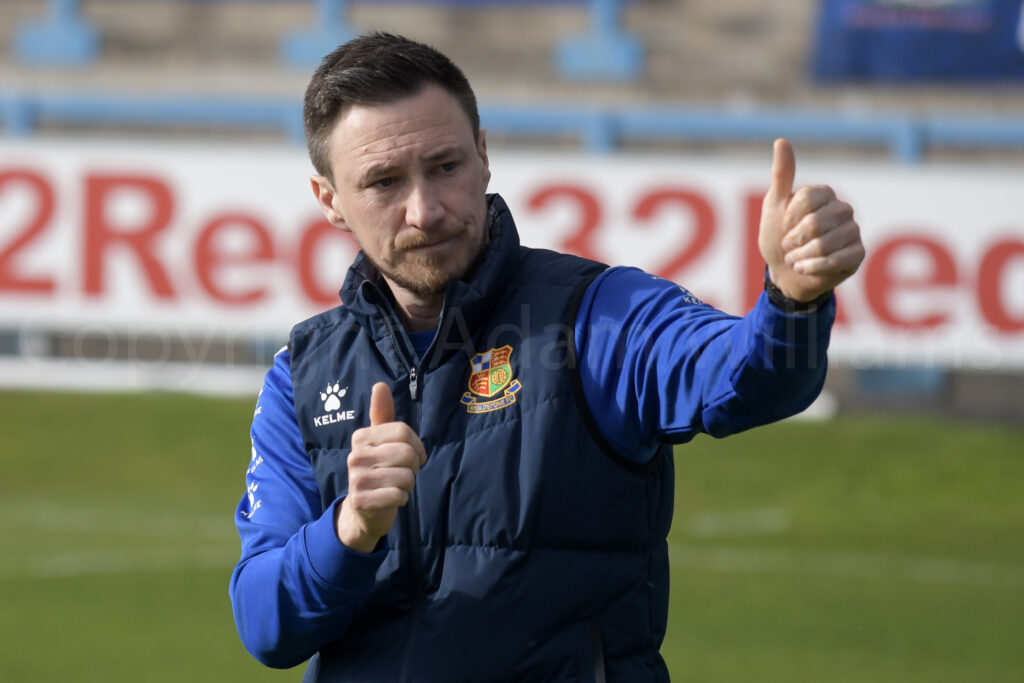 In the last week, I was lucky enough to get some time with our manager Stuart Maynard ahead of the start of the 2022/23 National League season. We chatted about coaching influences, bridging the gap to full-time opposition, and the crucial role played by the Wealdstone fans.

To begin, I was intrigued to hear a bit more about Stuart’s journey into coaching. Having spent his youth at Watford, it quickly came out that the first big influence on his career was none other than the legendary Graham Taylor.

It was here that as a youngster already intrigued by the tactical side of the game, he began to see how it was coached. Stuart specifically drew attention to the importance Taylor put on playing football both sharply and positively. Making sure to take advantage of restarts and set pieces, with the focus being on getting the ball into the box.

But it’s not just the on-field tactics that make up a manager. Having spent many years alongside Dean Brennan, Stuart spoke to me about the importance of viewing management as a team effort. For one, he pointed to the current role of Matt Saunders. Most interestingly he also emphasised the job done by the other coaches and the medical staff. Stuart Maynard does not view being a manager as being a one man army, more so being able to balance and bring together different elements.

On the topic though of tactics, I was intrigued to find out more about who in the modern game stands out as an influence. Two names immediately came to mind, indeed it was none other than the two names at the top of English football, Pep Guardiola and Jurgen Klopp.

It was Pep in particular that drew the most detail from Maynard. We spoke about not just the way that Pep moves the ball, but the reasoning behind it. Stuart explained the idea that Manchester City are not moving the ball for the sake of it, but they are more accurately looking to move the opposition. Get players to drift from their natural positions then nip the ball into where the gap has been created.

Indeed, this is a style of play that Stuart was telling me he is constantly looking to bring to Wealdstone. I asked him about the work done to try and bridge the gap to full-time teams and immediately I was told of the importance of patterns of play. Learn the patterns, drill the patterns, execute the patterns on match day.

It can take time, with fewer days on the training ground than other teams they might not always hit the ground running. But, it is absolutely worth the time. In a particularly interesting point, Maynard pointed out the dilemma managers can have. If your gameplay is to play direct you need less hands-on coaching time, but you might not have the prettiest or most effective style. If you look to play possession based football you might have some teething issues but in attack will over time create a healthy number of chances as the latter half of last season exhibited.

Another way that Wealdstone look to compete with their wealthier counterparts is to be clever in the loan market. In the National League, using your full allocation of loan players can really elevate a team when done well. In respect to last season, Stuart highlighted the work of Connor McAvoy and George Wickens.

I was interested to know what approach Wealdstone take. Do they look to target specific positions, or are they simply in the market for the best players they can find?

According to Stuart Maynard, the work starts at home. He likes to look at what Wealdstone already have in their camp, and look at which spots are likely to be taken by permanent signings. From this, you begin to look at what gaps become apparent. That is not to say that Wealdstone will strictly wed themselves to focusing on certain positions. When clear quality shows up you do not turn it down. Instead you secure the talent, then focus on making the balance work.

Finally, I asked Stuart about the role of the Wealdstone fans. It was here that I heard about the profound impact that they have in his eyes. For one, I found out that the passionate support has created a knock-on effect on talent hunting. Maynard told me that Wealdstone look for high running stats in the players that they sign. In essence, the fans want to see players giving their all and leaving everything they have on the pitch. Signing players not willing to put in the hard yards would end in tears for all.

On top of that, Maynard does believe that the fans give the team a proper boost. They recognise the fantastic support home and away, he told me that last season the fans really did drive the team on. Stuart recognised that fans get frustrated with bad results, but when it comes to such passionate fans you simply take the rough with the smooth.

All in all it was fantastic to chat to Stuart. I’m looking forward to seeing what the next season brings for him and the team as we commence our third season in the National League.

All the best to Stuart and the team for the upcoming season.