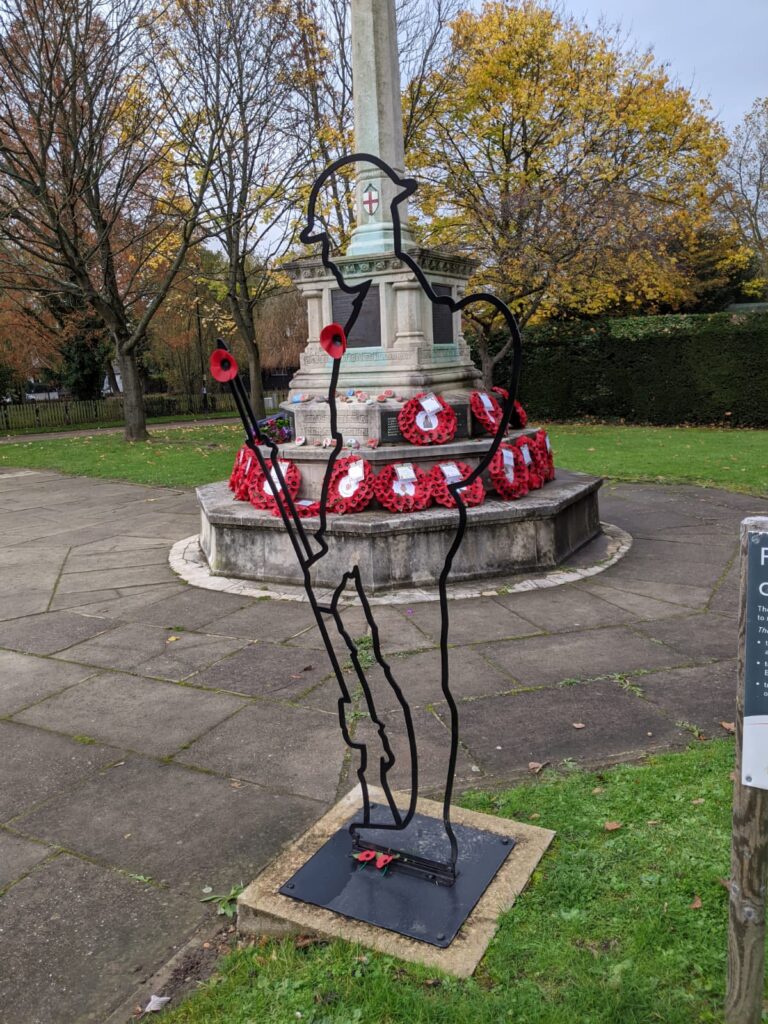 On this day, when the nation remembers the fallen of two world wars and many other conflicts, a poppy wreath was laid by the Supporters Club at Ruislip War Memorial. Wealdstone FC suffered casualties in both conflicts and they are also remembered at the Clubhouse at Grosvenor Vale.

(Thank you to Terry Hissey for arranging this)