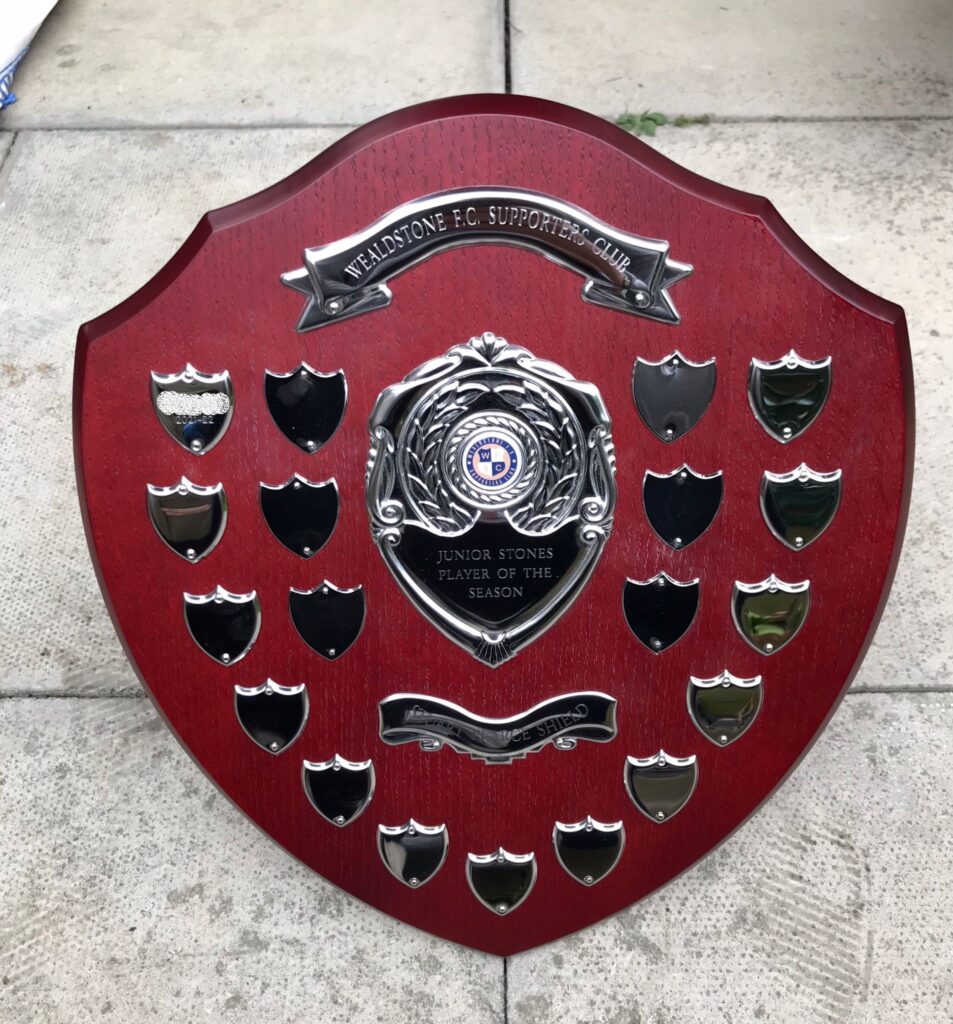 This season our Junior Stones Player of the Season trophy will be replaced with the ‘Stuart Pearce Shield’.

We are very grateful to Stuart, a Club legend,  for giving his name to this prestigious award voted for by our Under 16 supporters. The new shield is pictured above.

Thank you to WFCSC President Nick Dugard for reaching out to Stuart to facilitate this, he commented;

“More than happy to have the trophy named after me. Thanks for asking.”

Stuart joined the Stones back in 1978, making 176 appearances and scoring 10 goals before his departure in 1983 for Coventry City. This led to an illustrious professional career including 78 appearances for England. He has held several managerial posts since then.

Many thanks to Stuart Pearce MBE for his continued support of Wealdstone FC Supporters Club.